The years that passed by… 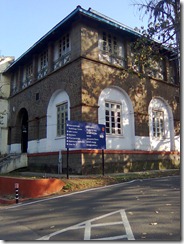 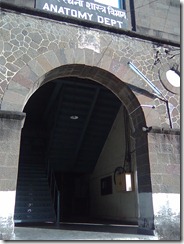 In a matter of weeks, or may i say days… It feels like a lot of time has passed by. I just returned to the college. Hoping to start my life at the same point where I left it locked in my room. Hoping that it would remain safe like in a bank locker. I think my keys got exchanged somewhere, for what i am going through has only a shadowy resemblance to the memories. The central cadets mess has opened. Much to everyone’s surprise i must add. The trial period has been pretty nice. The tea contained more tea than hot water for a few days. That was until the PMC used to take rounds of the mess. To say precisely  ‘offer valid till stock lasts’. I hope, before the fresher batch comes in we are able to resolve the issue of ‘whether we should keep the vegetable bowls inside the bade-wali-plate or outside it’.

As usual the new batch has started trickling in, bringing with it a new anticipation and eventfulness in the college. The fresher season is like an annual festival in the college in which not only the students but even the cycle-repair-wala too takes part with full enthusiasm. The warden’s office staff wakes up from it’s perennial slumber and camouflages itself as a busy machinery as if it has got all the burden of running the country. The common chaprasi who would not even budge from his chair normally ..not even after a hell lot of shouting, starts to patrol the corridors with such eagerness as is shown by the troops on the borders of countries having  a war. The cashier in the main office suddenly starts wearing ironed shirts. The flowerpots are removed from the frontyards of the old mess and laid down on the main road leading to the hostels. And if you really press me for more …the hostel notice board is decorated with beautiful notices of “zero tolerance policy” and “Dean’s anti ragging order”. 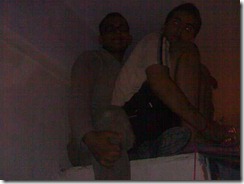 The happiness of becoming the ‘baap’ batch is seen intermittently on the faces of 5th term students. The burden of sinking in the 4th term more evident. And as usual the hum of “good morning sir… good day sir !!” will be audible soon. The two parts, often woven into a single sentence as you are supposed to wish the seniors both while meeting and departing from them. The 3rd term people are going to be revengeful as usual. Most of them will break all the resolutions of not ragging the juniors which people usually make in their own fresher terms.

And finally surgery posting is here again. Our unit has been lucky indeed to start our new term with surgery everytime. I guess this year too, the new clinical batch will come in the operation theatre on the first day and stand glued to the wall for a week, afraid to touch even a single thing. Dissection used to be easier i remember. There were no aseptic precautions over a dead body. But that was years ago. I hope the years would keep passing by as usual… or maybe a little more slowly if they take my advice.

The Empress said…
Hey Mack! Love the photo above. Are you guys on top of a refrigerator? ... Thanks by the way for checking out my snarky blog and becoming a follower, even if it is just for observation purposes! Have a great day.
-The Ranter's Box
July 15, 2010 at 10:30 AM

Mack said…
..well no, that's not a refrigerator. That's the cupboard in my room. Seniors made us climb these in fresher term. The current record is 7 people in a space almost equal to the top of a refrigerator :)
July 15, 2010 at 8:14 PM