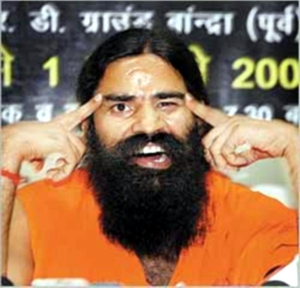 September 20, 2010
PG resident: Ok boy, now you tell me " What is Wohlfart-Kugelberg-Welander syndrome ? "

Mack: Sir it is a very rare disorder characterized by ...xxxxx

Assistant Professor: Tell me the new advancements in the field of malaria diagnosis.

Mack: Uhh, sir it is diagnosed mainly by microscopic observation.

Assistant Professor: That's nice to hear, but you should actually keep your eyes open for the latest research also.
********

Professor: Tell me the importance of taking pulse and what can you diagnose from it ?

Mack: Sir pulse... pulse is the.. the feeling of heart beat in the extremities of..

Professor: It's high time that you start reading your textbooks son. You will never succeed till you make it a habit.
********

Dean: What do you understand by fever ?

Dean: Even the cleaning staff outside my office can tell me that. Next time i want something that a real me…
12 comments
Read more

November 19, 2010
Dear bored guys readers.. you already know Cruddy's story very well. This one is about his neighbour Professor Billeus Newtonsteineus who lives five caves next to the Cruddies. People call him uncle Bill (mostly behind his back).. that was supposed to be his real name but during his fresher term at college he was so impressed by his Animaliologistics professor that he renamed himself according to the binomial nomenclature. Here is a page from the internal assesment exam of his student Teddious cavemanious (..and rumors are that he used to be Caveman Teddy about an year and a half ago) ..and by the way, he is currently pursuing his PhD in the field of equine-end-gastric-discharges.

Instruction:
1.All questions are compulsory.
2.All questions carry 100 marks each.
3.There is only one question in this paper.
4.Time limit: till the examiner finishes his tea.
5.The examinee is supposed to bring his own ans…
9 comments
Read more

September 04, 2010
This post is the one inspired from the thing we med students do most of the time in our hospital, that is taking the history of a patient.. :)
Patient Name: Coolguy287
Age: 24 yrs
Sex: Male
Residence: East street cyber cafe, Pune
Occupation: Student
Informant: His FB profile
Reliability: God knows


P/C (that means.. Presenting Complaints):
Acute attacks of logging into FB wherever and whenever possible X 6 months


HOPI (History of Presenting Illness):
My patient was apparently asymptomatic till 6 months back when he reported acute attacks of FB overuse which were insidious in onset and gradual in progression. They were characterized by episodes of long lasting chat sessions, which were generally relieved by the cafe owner requesting to shut down the shop. The episodes were of remitting and relapsing in nature, with intermediate lucid intervals in which he remembered to go home and have meals. He also gives history of certain associated symptoms, which are described in detail below.

The paroxysms of…
8 comments
Read more